To save a kidnapped family member, an enterprising furniture tycoon must use his secret diamond smuggling operation to transport guns across the border. 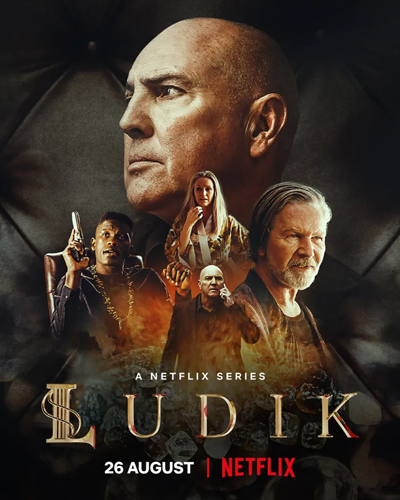 Except some rather mundane family trouble with his son, who does not want to speak, everything seems to run fine for Daan Ludik, his furniture business and the sideline smuggling operation. However, then his alcoholic brother in law gets kidnapped by a mobster guy, who wants to recruit Daan's help in transporting weapons into a war zone. Suddenly, the all-in-control rich businessman finds himself to be a "small fish" in a tank full of piranyas.

Episode 2 "From one brother to another"

Daan's brother-in-law is set free, but his friend Charles who ran the smuggling operation, is missing. Moreover, the police finds the empty furniture truck and asks some uncomfortable questions. On top of all, Daan has to manage the trouble his brother's friend starts to become.

Episode 3 "A fancy piece of wood"

We learn that Charles managed to escape, and is saved by Rina, the manager in the furniture store. Daan tries to play off the mobster against the Zimbabwe warlord, cover his own tracks with the ambushed truck and lead the police astray - and still keep his family out of trouble and worries. Complications will surely come, as the Brigadier is Daan's daughter's new boyfriend's father...

Episode 4 "Time waits for no man"

Daan cuts out a plan to frame his opponent Arend fort he diamond smuggling and lead the police on a false track, plus, he prepares to take over the gun trade. However, his stupid family members get in between.

Daan arrives just in time to save his new companion "Bells" from the vengeful hands of Swys and Markus. He learns of Rina's betrayes. His brother Hein makes up his mind and leaves. Meanwhile, Arend corrupts police seargant Moyo.

Episode 6 "Who's got your back"

Daan smoothly leads the police to Arend, who in turn tries to outmaneuver Daan with the help of the arab diamond buyer and Seargant Moyo. Swys finally decides to manage his life no matter the costs - and in the end, everything is in place (almost) as planned. However, at a price.

All in all, this was a good mini-series with interesting characters one can relate to. Just as Pastor Ludik says in his sermon in the end, it is all about temptation and the promise of more wealth, power, whatsoever. Do you give in - or not? Everyone gave in, on one level or the other, and the lines of good and evil are blurry. It was a very un-Hollywood-like series with an ending I did not expect. Suspenseful, sometimes a bit too violent, lots of f-bombs dropping.

On the downside: there were probably too many subplots for that short time (it would have been enough for 10 episodes, at least). A few things popped up, but later were never used again and seemed somewhat useless. I have already mentioned the plothole that bugged me most: enemies getting into Arend's house unhindered. That LGTB-stuff was also not quite necessary and not really developed.

I'm not sure if I would like to see another season, because the new installments of already finished stories are mostly not as good. In the end, it could only lead to Daan being dead or in prison - so I just like the way it is now.