This is about the "price of freedom". Set in 1980, the MK freedom fighters Calvin, Terra and Aldo had planned to sabotage an oil depot in Pretoria, not knowing that the plan has already been leaked to the police in person of Captain Langerman, who tries to ambush them. Chased by the police, the trio ends up in a bank, where they take the employees and customers hostage. While Langerman tries to solve the situation with as less civilian casualties and as smoothly as possible, a brigadier from the National Guard rolls in with military force. The trapped MK - fighters soon realize that their lives are worth nothing, and plan to bargain for the release of Nelson Mandela in exchange for the hostages (and the bank's money). However, all attemps of finding any solution are thwarted by the brigadier, who does not even see the black people as "humans". Their sacrifice becomes the starting point of the "Free Mandela - Movement". 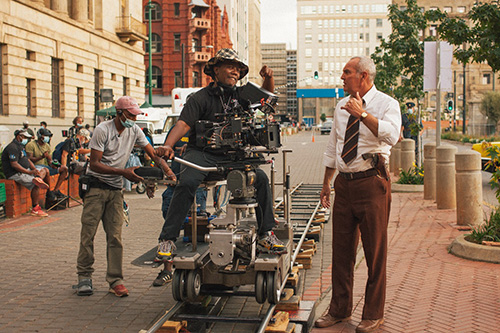 On the set in Pretoria