Adventure/History-Drama. Young Saul Barnard is the son of poor woodcutters in the South African forest, but has a heart for nature and befriends with one of the hunted elephants. Expelled from his family which regards him as a traitor, he has to search for work at a sawmill. Years later he finds gold and a goldrush begins, however Saul is soon forced to fight for the forest, the elephants and his great love against the arrogance of her family and lots of angry gold-hungry people.

Thriller. About the swamp of immorality and intrigue in Las Vegas! When Vegas Gaming Commissioner Edward Minton is blackmailed for murder he turns to ex cop Nick Carpenter for help. But when the woman Minton supposedly killed miraculously turns up alive the two realize that they are in over their heads and that Vegas is a town where no one can be trusted and everyone is for sale.

Action-Thriller. An East-German factory in Africa produces material for chemical warfare. American Government agent Peterson (played by David Dukes) uncovers the machinations and sets out to stop them, while a defector has the proves of the East-German actions on video tape. Also on the run after the tape: the Libyan Assad, who takes the passengers of a bus hostage to retrieve the information of the tape.

Horror. In the basement of a school for troubled teenage girls a killer is at work, who buries his victims alive. When a new young teacher arrives, she is dragged into the events deeper than expected and soon discovers, that the patients are not the only delusional and dangerous ones.

Thriller. After the murder of two women police officer Stone (played by Michael Nader) is convinced that the famous artist Mikael Gant is involved. But his superiors fear problems with the artist's lawyers, and so decide to send Stone's ex-wife Hannah undercover into the lion's den. Soon, Hannah is nearly hypnotized by the charismatic young artist and falls in love with him. Her ex-husband meanwhile tries to convict Gant. But there is another suspect on the list, and it looks as if officer Stone is just about to finish his carreer with his frustrated hunt after the wrong man.

Best quote: "I have no time for your cartoonish theatrics!" (Mikael to the police interrogating him).

History. The story of Columbus' (played by Gerard Depardieu) voyage to America and his first experiences there.

Best quote: "If there was an Olympic contest for smile, this guy would win it." (The woman in her diary after first watching the object of her desire)

Actionthriller. A young woman is on the search for her father in New Orleans, discovers that he lived amongst the homeless and was murdered the night before her arrival. Together with the ex-soldier Chance Boudreaux (played by Jean-Claude van Damme) she finds out that there is a very special hunting party out for human prey: an organization offers bored millionaires the opportunity to hunt down homeless ex-soldiers just for fun. But now that Chance is on the list, the 'prey' turns against the hunters.

Best quote: "I don't get angry. I'm a professional" (Pik to his partner after their 'prey' is elusive so far and they prepare for the final assault).

Customized actionfigure made by Sareth on the base of GI Joe's "Zartan":

"How everything started" (prequel),

Action/Crime. (After the Darkman-Comics) - "Darkman's" old enemy Durant is back and tries to get on top of the organized crime with the help of a new weapon's creation. In order to provide himself with the necessary industrial facilities, Durant lets kill the scientist David Brinkman, a recently won friend of "Darkman" and who was on the breakthrough with his researches for synthetic skin. After this, "Darkman" tries to take final revenge on Durant and to rescue Brinkman's sister Laurie, who was kidnapped by Durant's men. Again, "Darkman" uses different artificial skins to impose as members of Durant's gang and infiltrate it. 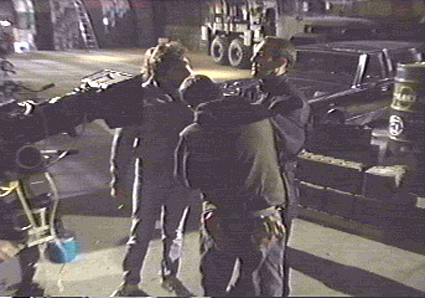 Action/Crime. A physician tracks down Darkman in his hiding place in the subway tunnels and offers him help. But the medical procedure privided by her proves to be a trick to capture him for studies in the developing of a new super drug. However, Darkman escapes and tries to get the precious skin samples and his research disk back from the crime boss. But worries about the wife and little daughter of this gangster come into the way of revenge, and Darkman decides to help them even if it costs his own future.

My fanfiction "On the Edge of Darkness" (sequel)

Family/Adventure/Comedy. The dog Zeus befriends to a dolphin named Roxanne, and the respective 'owners' of the two are on the way to become a family, while Claude Carver wants the dolphin for his research lab to get new funding.

Best quote: "So much for interspecies communication, haha" (Dr. Carver after seeing Zeus is gone). 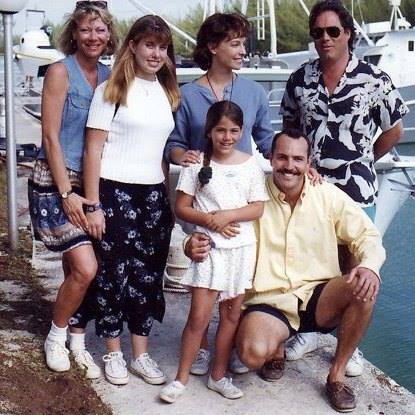 Thriller. Reporter Nelson Keece is on search for a new smashing story inside the transvestite-scene. As he witnesses a murder in the street, he records it on audio tape. As Keece is confronted with the killer, he decides to accept the man's offer and to write his next story about him. A dangerous relationsship begins, as Keece realizes in what he is involved. Moreover, the police is on his tail instead of the real killer's, and his girlfriend is next on the list.

Sci-Fi/Horror. The wife of Dr. Burton discovers she is pregnant - but something is wrong with the baby and the parents have nightmares and weird experiences. After seeing a documentary about Alien abductions, Dr. Burton is more and more convinced his wife was abducted and the child is the result of Alien testing. He seeks help from the Alien expert Dr. Clavell, while a concerned psychologist suspects he is going crazy and drags his wife along in his madness. As the baby develops more dangerous influence over his mother, Dr. Burton decides to take extreme measures to rescue his wife.

Adventure/Fantasy. In Ancient Egypt High priest Imhotep is tortured to death and cursed for his love to Pharaoh's mistress Ancksunamun and for killing the Pharao. 3000 years later a team of careless and greedy adventurers from America and England find the resting place of this dangerous undead creature and triggers the curse. Imhotep awakes and tries to raise Ancksunamun the same. The adventurer Rick O'Connel and the librarian Evelyn Carnahan are out to stop him, together with the old secret guard of the Medjai.

Best quote: "Death is only the beginning" (The dying Imhotep to Evelyn).

Original Concept of the Script (attention, there are some details which did not make it to the actual movie!)